A brief history of JavaScript

JavaScript is one of the most successful programming languages today. Its history is reminiscent of a “from rags to riches” saga. It is said that JavaScript was created in only ten days. I am not sure about the historical accuracy of this claim, but suffice to say that JavaScript was born in a pivotal moment in mid 1995 when the Netscape Navigator browser was driving the commercial breakthrough of the Internet. Things happened very fast at the time. JavaScript was conceived as a “glue language” for the browser and the document object model to give programmers a means of making web pages more dynamic. As for glue languages, most of them die when the product into which they are embedded reaches end-of-life. The browser, however, never reached end-of-life, but was continuously improved, and thus JavaScript kept growing and growing. 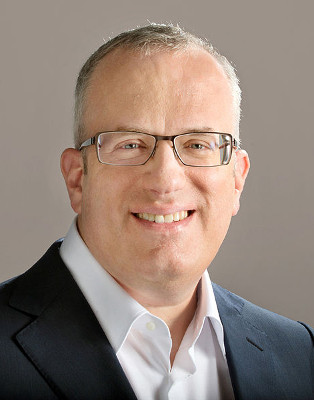 Its inventor, Brendan Eich, was tasked with creating a Scheme-like language targeted at amateur programmers for the Netscape browser. However, Java happened to be the hype of day and Netscape happened to be in a partnership with Sun Microsystems, the then owner of Java. Therefore, the language was christened JavaScript instead of LiveScript/Mocha and the syntax was made to resemble that of Java. Well, at least somewhat. To that end, the parentheses were dropped and the functional aspects of Scheme were retained. Surprisingly, a prototypal object model was chosen, slightly exotic at the time, possibly to allow easy object creation and extension without the need for complicated OOP constructs. It turned out to be a winning mix, because it allowed people to use procedural, functional, and object-oriented programming styles “al gusto”. Furthermore, one could use objects without even knowing anything about OOP.

Just a year and a half later, at a time when Netscape held over 60% of the browser market, JavaScript was submitted to ECMA International association for standardization and for overseeing the future development of the language. The first ECMA-262 standard was published in June 1997 and since then, JavaScript was also known as ECMAScript of which there are now several competing implementations. Strategically, this turned out to be a brilliant move. It ensured the uncoupling of JavaScript from the Netscape product. Eventually, this meant that JavaScript survived the browser wars, whereas Netscape Navigator did not. Around the same time, arch rival Microsoft created a clone language called JScript, a JavaScript “dialect” with small differences in its implementation. Though imitation can be seen as the sincerest form of flattery, this rang in a long-lasting period of browser incompatibilities, aggravated by Microsoft’s quirky DOM and CSS implementations, that caused web programmers a permanent headache.

The triumph of JavaScript continued, however. Netscape had the bright idea to turn JavaScript into a server language from the very beginning, but for some reason the world wasn’t ready for that in the 90ties. Just before the end of the millennium, the third edition of ECMAScript was released. It added regular expressions, exception handling, and a bunch of other things that made JavaScript a (somewhat) grown-up language. ECMAScript 3 remained the standard for 10 years and it gained significant leverage through Web 2.0 and Ajax. This technology allows data and partial web pages to be loaded from the server in the background through asynchronous application design. JavaScript is well-suited to asynchronous programming due to its functional nature. Since it is already present in the browser, JavaScript+Ajax enabled moving view logic entirely to the browser thus making applications more responsive. Two ingredients played a key role in this development: JSON and the jQuery library. A typical Web 2.0 application mixes HTML with JavaScript display logic and thus allows the creation of dynamic components handling data and visual content.

A natural outcome of this was the inclusion of library support for JSON parsing into ECMAScript 5 released in 2009. Because the complexity of JavaScript code increased with Web 2.0 innovations, “strict mode” was introduced in the same release. If enabled, it disallows the use of error-prone syntax and constructs, a kill switch for the weak sides of the JavaScript language, so to speak. An important event in the JavaScript world was the introduction of Node.js in the same year, a server-side JavaScript runtime environment based on Google’s V8 engine. Node.js allows the creation of server applications with non-blocking IO using an asynchronous reactive programming model. Node.js gained significant traction in the 2010s and is currently making inroads into enterprise server applications where it replaces Java and .NET applications. Another JavaScript driver is the single page application (SPA) model that redraws the screen of a single web page, akin to a desktop application, instead of successively loading web pages. Such applications are commonly implemented using a JavaScript web framework similar to server language web frameworks.

ECMAScript 6 (ES6), released in mid 2015, introduced a substantial number of new features and syntax to allow the creation of complex applications. They include block scope, arrow functions, enhanced parameter handling, modules, classes, enhanced object properties, assignment destructuring, iterators, promises, generators and new data types. Some of these features address the special needs of complex asynchronous server-side applications. Many developers perceive ES6 as the most important language update thus far. The ES7 standard published in the following year was a minor upgrade, adding an exponentiation operator and one additional array method. The ES8 standard released in June 2017 is the most recent major upgrade that ties in with the need for more complex language features for building server-side enterprise applications. It adds the async/await syntax which further simplifies asynchronous programming. It also provides new data structures and syntax to support concurrent programming, which opens the door to multi-threaded JavaScript environments.

JavaScript has turned from an ugly scripting duckling into a versatile and feature-rich full-stack web programming language. As of today, it is the web language most in demand and on its way to take over enterprise applications. It’s been quite a journey.