As a developer, you probably have gone through one or more coding interviews. When applying for a developer job, you are expected to demonstrate some level of programming chops by solving algorithmic problems on a whiteboard or in an online code editor. This practice is not new. My first coding interview took place more than 25 years ago sitting at a lovely green text terminal. However, it has recently proliferated and became an integral and often time-consuming part of the interview process. Especially big American tech companies like Amazon, Apple, Facebook, Google and Microsoft are pushing the envelope. To land a developer job at one of these companies, you are now expected to be able to recite the finer points of an algorithm manual and produce solutions with O log(n) time complexity in a trice. 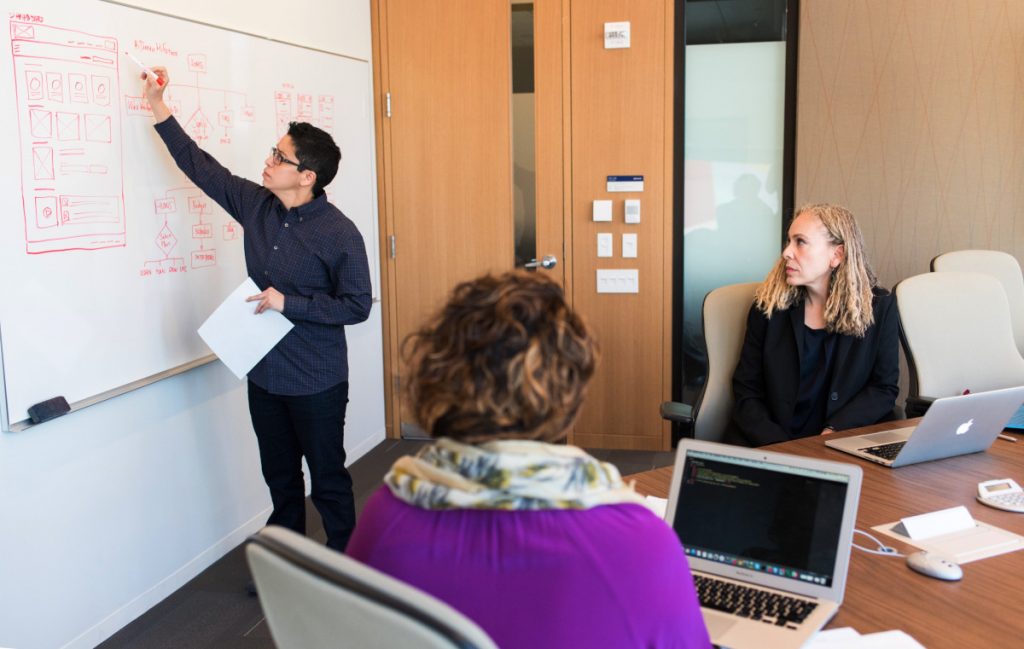 Does that sound just slightly ridiculous to you? Perhaps it is. The question one must ask is whether having candidates produce algorithms is actually a good indicator for success in the software development profession. I have been sitting at both ends of the interviewer’s table many times, and I am quite ready to doubt this implication. There isn’t much empirical evidence to support the thesis that people who score high on coding interviews also do well in their jobs. Actually, there is none. Even Google’s own study concluded that interview scores don’t correlate with job performance. Gayle Laakmann Mc Dowell, the author of the book “Cracking the Coding Interview” says: “No one really knows, but it’s very reasonable to assume that there is a link,” and “Absence of evidence isn’t evidence of absence.”

Sorry, not good enough for me. Let’s be more scientific.

Perhaps we begin by determining what is actually measured by solving an algorithmic problem. The coding interview is akin to a school exam. It measures how good you are at applying textbook solutions to a given task. Just as in an exam situation, you can improve your score by studying hard. The domain is broad enough to provide sufficient variation in different fields from number theory and graph theory to combinatorics and set theory. Yet, algorithms themselves are very narrow as they deal with a specific solution to a specific problem. A successful coding interview demonstrates three things: 1. the candidate can write code, 2. the candidate has a grasp of algorithms and can memorize textbook solutions, 3. the candidate can reproduce and explain these solutions.

At first glance, this seems useful. These traits are surely expedient in typical development work. They’re kind of expected from developers. But does the coding interview also measure how well pronounced these traits in a particular applicant are? Can standardised interviews establish a framework for comparison? The answer is sadly no. One applicant might receive a familiar problem that he can solve and pass with flying colours. Another more talented applicant might have never before encountered the same problem and fails to solve it. A third applicant may get bogged down by anxiety. Yet another applicant may solve the problem, but produces bugs because of using an unfamiliar language. The result is influenced by many factors and it is notoriously unreliable.

This is not the only problem. There is a more serious one: the coding interview only probes a very narrow set of skills. Being able to produce algorithms is not sufficient to become a successful developer. For example, a developer also has to read and interpret requirements, communicate within a team and with business people, have knowledge of technologies and best practices, perhaps also have an understanding of certain industries. In this light, being able to memorise textbook algorithms seems somewhat less relevant. After all, you can always look up a manual when in need of an optimised algorithm for a specific problem. This is probably what most developers would do in their day-to-day work.

I remember a peculiar coding interview that took place 10 years ago on the phone before shared online code editors became a thing. I was asked to spell out an algorithm that produces the series of prime numbers. “No problem,” I said, “just let me google the sieve of Eratosthenes.” “No no, let’s just improvise,” said the interviewer, “it doesn’t have to be perfect.” So I scribbled down some similar, yet doubtlessly inferior code that mimicked Eratosthenes’ idea and read it out loud (awkwardly) on the phone. Something I would never do in an actual work situation. Yet, I passed the interview and got the assignment.

Is this a good predictor of professional performance? No, it isn’t. It is way too arbitrary and readily produces false negatives as well as false positives. There is a considerable amount of HR management literature that has identified good and bad predictors for work performance. Among the worst predictors are first impressions, school grades, and brain teaser questions, such as “how many golf balls can you fit into a phone booth?” Finding the answer to that is a lot like devising an algorithm for a geometry problem. You get the clue. Case in point: Max Howell, the author of the popular “Homebrew” package manager for macOS was (infamously) rejected in a Google interview, because he was not able to produce an algorithm for inverting a binary tree. Howell’s software is used by millions of Mac users and is now maintained by a team of 21 people. Yet, he wasn’t good enough for Google.

One of the best predictors for future job performance is past performance. Duh. It’s kind of obvious and also backed up by evidence in the form of empirical studies in management. Had Google considered past performance instead of algorithms, the company would now be richer by one accomplished engineer, who according to his own words cares more about user experience than about computer science. People often have special talents that evade the standardised interview process. They will not escape an experienced interviewer, however. The only problem with past performance is that data is not always available. For example, what about grad students, career changers, and people with little work experience? Well, the second most reliable predictor for job performance is cognitive ability, also known as “g factor” or general intelligence. The literature is again quite solid on this point.

It stands to reason that a standardised and culturally neutral IQ test provides a much better predictor for future performance. And by “much better” I mean an order of magnitude better. It is also less time-consuming than going through a series of algorithm/coding problems. So why are companies not using them? One reason is that in certain countries, such as the USA, IQ tests are seen as potentially discriminatory and could therefore be legally contestable. This is obviously a matter of policy, and well idiocy. Encountering an IQ test in a job interview appears to raise more eyebrows than encountering a esoteric programming problems. Another reason is that high quality standardised and culturally neutral IQ tests are somewhat difficult to develop. And new ones would have to be developed all the time to ensure high quality results and to prevent abuse. Yet another predictor for career success was recently (2013) suggested by Angela Lee Duckworth in a TED talk. She called it “grit”, or the “power of passion and perseverance” and subsequently received a lot of attention from the tech industry. The problem with “grit” is that as of now no reliable way of measuring it has been devised.

So, the question that springs to mind is: why do companies use coding interviews in the selection process if they already know that the resulting score is a poor predictor for career success. Frankly, I don’t know. If you’re a big tech HR manager, please comment and enlighten us. I can only speculate. Companies like Facebook, Google or Apple are swamped with applications and might have to create artificial barriers to filter applications and reduce the number of candidates to a manageable amount for round two. What does this artificial barrier achieve? Perhaps it is about grit. Only the ambitious candidates will pass, namely the ones that are willing to learn and memorise algorithm textbooks just for the interview, and just for getting the chance to land a job with that big tech company. It is reasonable to assume that someone who has the motivation to put in three or four weeks of cramming for an interview, is also motivated to put in hard work into their job. In this case, developer interviews could just as well require candidates to conjugate Latin declinations and cite Roman philosophers. The effect would be the same, although it would certainly raise many eyebrows.

Another plausible explanation is that companies nowadays tend to put processes over people. The decision making process, especially in large enterprises, is highly formalised. Instead of leaving the hiring decision to an experienced HR manager who relies on their personal knowledge and skills, it is relegated to an impersonal procedure that produces data. On one hand, this frees decision makers from personal accountability. On the other hand it provides an instrument that top management can manipulate at will. For example, if management should want to steer their engineering staff into a new direction, it could replace algorithm questions with machine learning questions. Whatever the reasons may be, we can be sure that thousands of smaller tech companies will follow suit and imitate the example of Google, Microsoft and others, even if they don’t understand their reasons and even if the adopted procedures aren’t fitting their own true needs.

In the end, I believe coding interviews are not totally useless. They are an effective means to engage the candidate in his field and simulate a work situation. The coding interview gives the interviewer a chance to observe how a candidate approaches technical problems. For example, it may reveal whether the candidate’s course of action is methodical, or whether they have exaggerated their familiarity with a certain technology. Under ideal circumstances, it can reveal a lot about how a developer thinks. However, since an interview is a special situation these indicators need to be evaluated carefully. For the benefit of all involved parties, the coding interview is best conducted in a casual way. An expanded problem space leaves the candidate with more choices and is is likely to provide more information. I don’t see any good reason, why coding interviews should be conducted like a university exam, however. If you can think of any, please let us know.