In the early days of the Unixverse, many many milliseconds ago, even before the birth of the World Wide Web, social networks were created. But they weren’t called social networks then; they were called electronic bulletin boards, or short “BBS” for bulletin board system. Granted, it’s a bit of a stretch to compare old-school BBSes with present day social networks, but please bear with me. I will explain.

The BBSes of old had no graphic user interfaces. You needed a special device to connect called a “modem”, a contraption that is virtually unknown to the Tik-Tok generation. A modem modulates digital signals from and to analog signals for transmission over a phone line. Older techies will remember the funny noises these devices produced when connecting, and certainly the joy of ever increasing connection speeds that topped out at around 56 kbit/s in the late 1990s. While this data transfer rate may bring tears to the eye of the average Tik-Tok influencer, it was sufficient to support late BBSes with GUIs and the transfer of images. 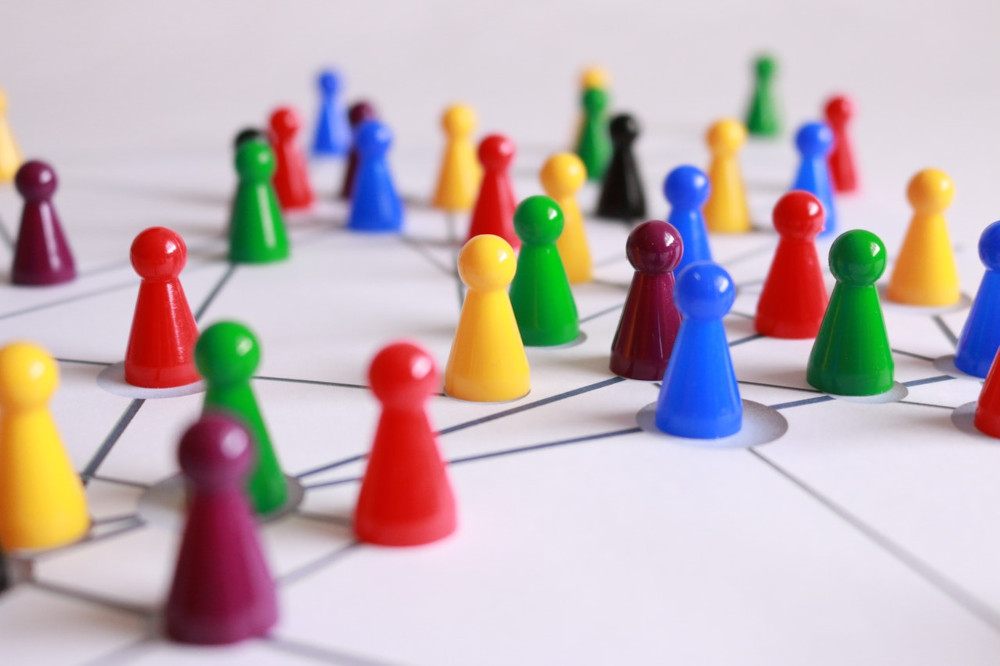 What was notable about these early social networks was their private decentralised and isolated nature. They were typically run by enthusiasts (“sysops”) with a technical leaning and communities were typically small and tight-knit. BBSes were run on personal computers with limited resources. They were accessed by a limited number of people. In terms of networking, they were “islands unto themselves”.

BBSes often served as discussion platform for its members, they were also used as libraries for the distribution and exchange of digital media. Everything from freeware, shareware, public domain code repositories, image libraries, pornography, pirated software, good and bad had its beginning in the world of BBSes. But BBSes were not the only type of early social networks. There was another one based on an entirely different concept.

The Usenet, which still exists today, was an early Internet-based news and discussion system. Just like most BBSes, it started out text-based. You can think of the Usenet as a threaded email system for group receivers, or perhaps as a forerunner of Twitter. Whereas BBSes were isolated had to be dialled into directly, the Usenet is a part of the Internet based on the UUCP and later the NNTP protocol. It was initially used by academia, but quickly became mainstream in the nineties. Since the Usenet is global by nature, there is a standardised categorisation of news topics, or taxonomy if you will, which determines the name of any news group. All newsgroups are public and you can subscribe and read them with a Usenet client, such as Mozilla Thunderbird.

Starting from the mid 1990s, these early forms of social networks declined while the rise of the World Wide Web engendered a new generation of web based message boards. These discussion forums had web based graphical user interfaces and were more convenient to use. They functioned as platforms for exchange, commonly focussing on a specific topic or area, like the Usenet, but in terms of community structure, discussion forums resemble BBSes, as they are typically run by a sysop “owner” who maintains the system and moderates discussions. Sometimes, discussion forums were also used commercially, for example for customer service, real estate sales, used car sales, etc.

Understanding the recent history of social web services is important in order to get a picture of the status quo and the conundrum we are now in. In the mid-2000s, things changed again and took a turn for the worse. The first modern social networking sites appeared, such as MySpace, LinkedIn and Facebook. Initially, they were perceived as a unifiers that overcame the limitations of the highly fragmented world of discussion forums and blogs. They also introduced the key concept of followers or friends, a feature that determines content and mimics real-world relationships between people. This feature can be imagined as a graph with accounts/people as nodes and connections as vertices.

The result is that today’s social networking sites are controlled by a handful of very powerful companies. For example, it is now virtually impossible for new contenders to compete with Facebook, the failed Google Plus (G+) venture being a case in point. What is more, corporations tend to put fiscal and economic interests before everything else, which means they do not always act in the interest of their users. Over the past decade, social networking companies have gained quite a poor track record for data privacy, security and content moderation.

Multiple efforts are presently underway to decentralise control over social networks, web content and cloud-hosted private data. None of them had a significant impact on the mainstream so far, but some observers, such as Forbes, PC Magazine, and the Influencer Marketing Hub report that niche social network sites are currently growing. One such effort towards decentralisation is the Solid Project, a protocol for storing private data securely in so-called pods on the Web, spearheaded by Tim Berners-Lee, the inventor of the World Wide Web. Other efforts ranging from micro-blogging to video-streaming networks operate under the Fediverse umbrella. They are based on federated and distributed server instances run on private infrastructure owned by anyone.

Clever distributed computing appears to be the prerequisite for any successful decentralised social networking application. Unfortunately, distributed computing is technically complex, especially when performance and features are expected to match those of commercial sites. It is an interesting space to watch over the next few years. Social interaction in cyberspace began with a decentralised and sometimes even disconnected infrastructure. It was often based on the efforts of hobbyists and sideliners. It would be quite fascinating to see mainstream applications returning to that structure, to say the least. For that to happen, however, technical complexity needs to be overcome and volunteer efforts need to be rewarded.