Though I started my career with text-based editors like vi, Emacs and Brief, I have been using IDEs for a very long time. It began with products with “Visual” in their name. Since then I moved on to Eclipse for Java programming, Netbeans for web/PHP development, Webstorm for Javascript and the list goes on. So far I have not looked back and never questioned the convenience and productivity that comes with contemporary IDEs. Until last month.

Someone suggested to give vim a try. Say what? 1970s technology instead of a full-featured IDE? Well, first of all vim must not be confused with vi. The latter is significantly older whereas vim was originally developed in the 1990s and is still in active development. Anyone who has ever worked with Linux is probably familiar with vim. It can be found on almost any *nix computer and often used for quick-and-dirty editing of configuration files. Perhaps it is not the most popular editor, because to the majority of people accustomed to non-modal editing, the modal interface of vim feels a bit foreign. In addition, vim has no point-and-click interface. It can only be used effectively by learning a great number of keyboard shortcuts and commands. 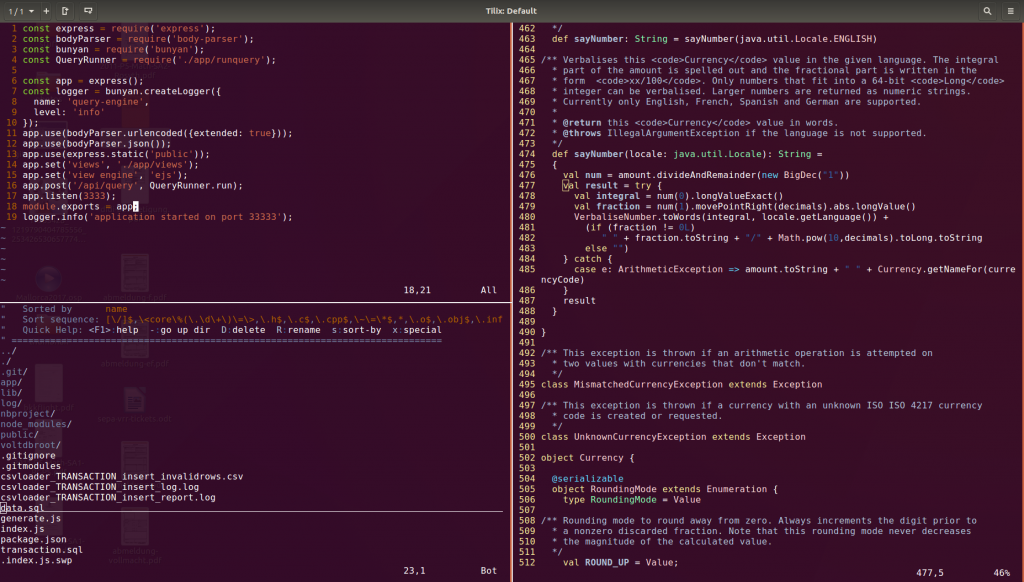 So why vim? To put it simply, its curse is also its greatest promise. If your hands do not have to move between keyboard and mouse all the time, you can accomplish things faster and with greater ease. Drew Neil, the author of “Practical Vim“ speaks of “editing at the speed of thought” and “high precision code editing”. There is also less potential for carpal tunnel syndrome with your hands resting on the keyboard. What is more, vim features a scripting language and a plugin system which makes it highly configurable and extensible. So the question is: can vim hold up a candle to modern IDEs or even beat them in terms of productivity?

I have decided to find out and prescribed myself a strict 3-month IDE-less diet using vim and nothing but vim for my daily editing work. Three months because, as mentioned, the learning curve is not exactly flat and it takes some time before all these keyboard sequences are committed to finger muscle memory. For me, there are two questions that I am looking to answer with this experiment. The first is whether vim can actually accomplish all the wonderful tasks that IDEs are good at and that make a programmer’s life easier, such as code completion, automatic formatting, diffing, syntax and code-style checking, debugging support and whatnot. So far, I am pleasantly surprised, though there are still a few rough edges.

The second question is whether typing speed and editing automation actually exceed the possibilities offered by an IDE and whether the promise of increased productivity does materialize. Not sure about this one either, although my vim repertoire is slowly improving and I start to feel like I am not merely hacking my way through the various editor modes anymore. At any rate, the vim editor is both ubiquitous and here to stay. So even if I decide to go back to using an IDE for coding, there is probably a benefit in mastering this tool a little bit better.